I came across this little GIF of someone carving a little burger boy on imgur . As far as I can’t, the poster of this GIF isn’t the original carver. Doing a quick google doesn’t show any burger boys that are similar to this. Hopefully I’m not stealing some beloved character. It’s just a thing I thought was cool. 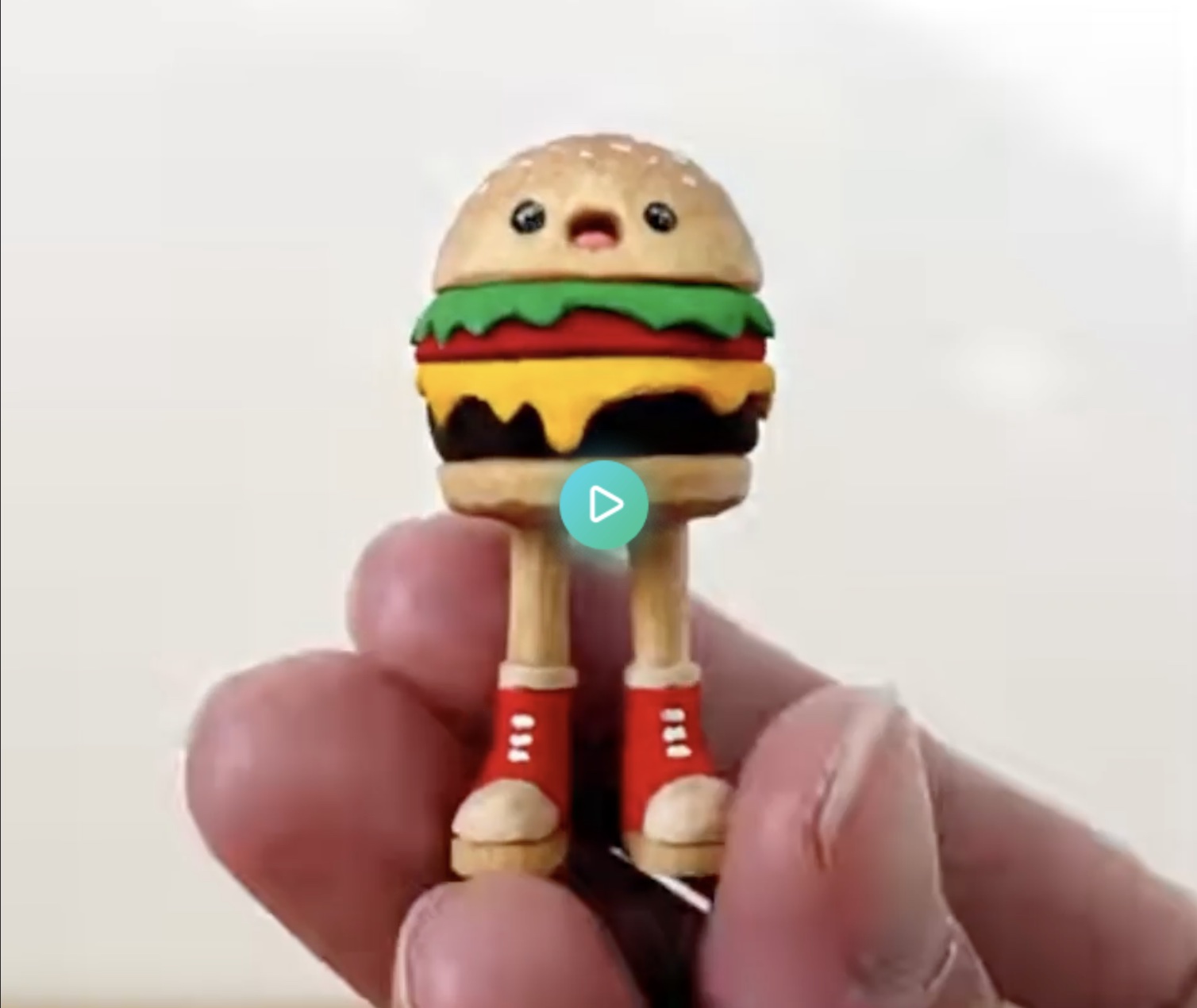 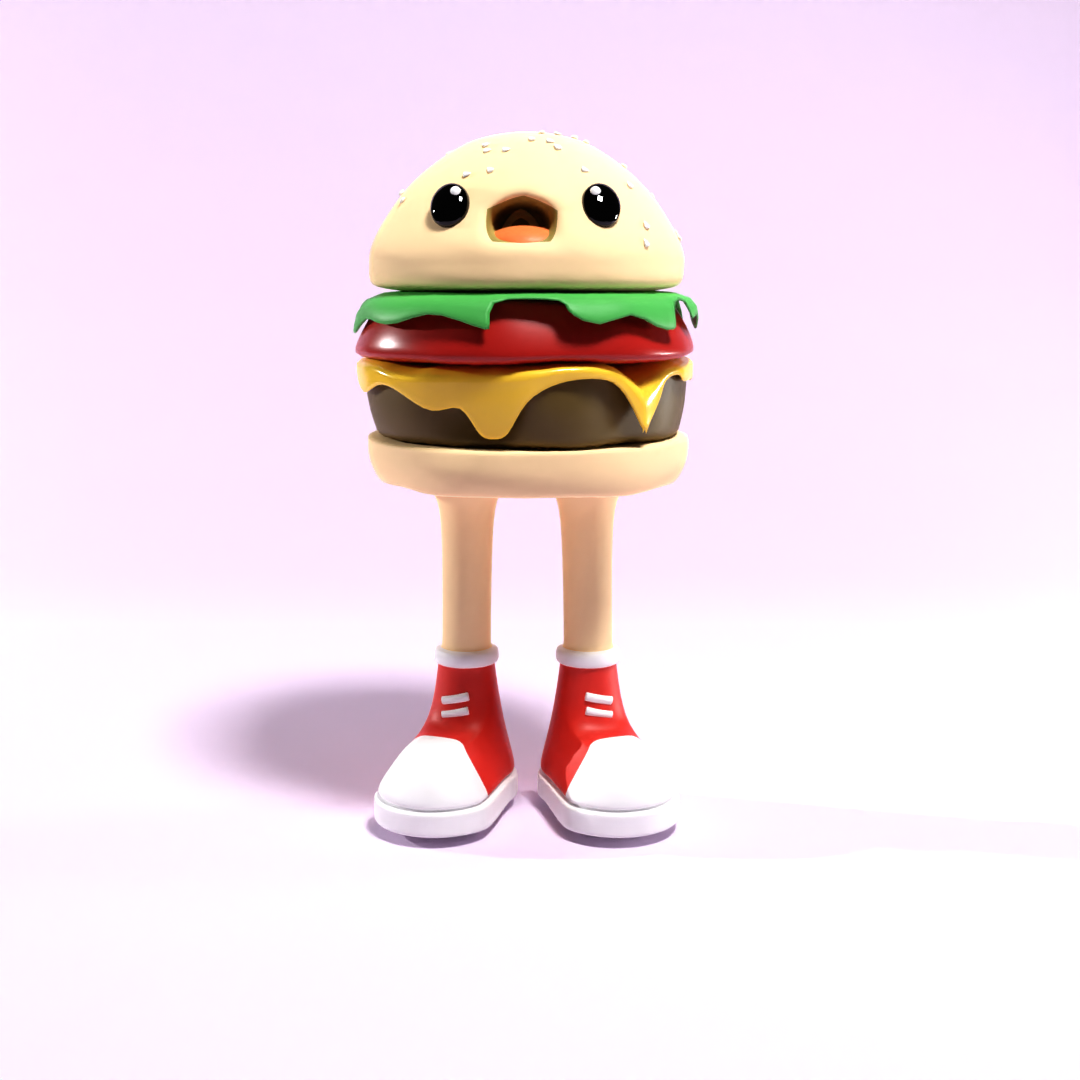 The lighting is way too much and I need to add some texture onto the patty. I also need to make his legs a little shorter. The automatic weights on the armature didn’t turn out quite right. I also realized that he has a little zig zag pattern on the sides of his shoes.

I’d like to animate a little walk cycle where the burger bits sort of flop around, making an armature hard to do. I’m still sort of a blender novice so I’m slowly learning. This leans heavily on the sub surf modeling method, which gives me a soft appearance.

The bun at the top has seeds scattered as particles, with some weight painting to make them appear just towards the top.

You’ve made it this far. Do you think I should post the blender files for these? I’m worried about the file sizes being too large for git. The Burgerboy file is 25Mb for example (though a lot of that is the fact that I applied all the modifiers to a duplicate of all the pieces to see the effect). If there are requests, I’ll start doing that. There’s a link at the top to suggest changes (you’ll need a github account).